Go with us at Empower One to Africa this year! View 2023 Mission Trips or email trips@empower-one.org for more information. 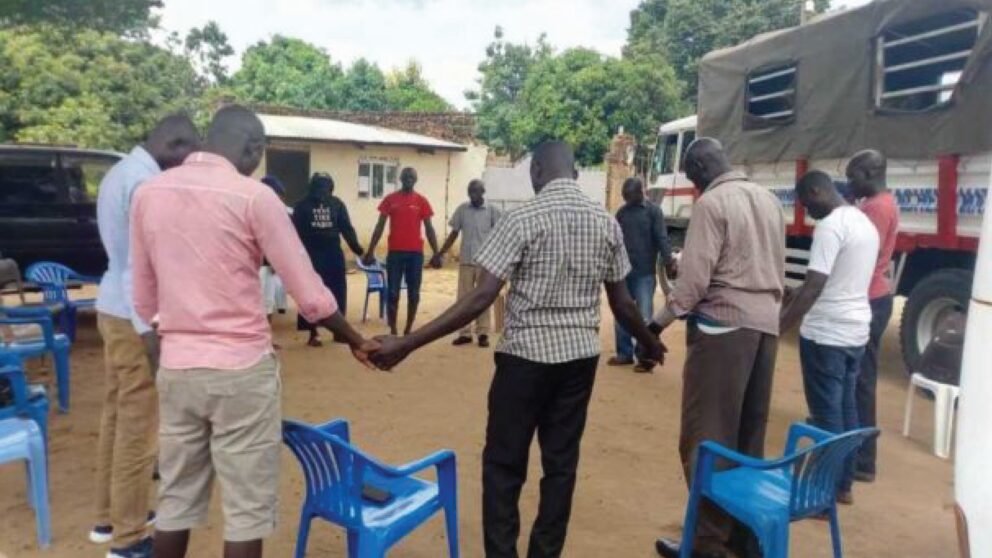 A hunger for the true gospel

Here is a report from the Mobile Evangelistic Team’s mission to Kakumiro District from June 10-17, 2019. Kakumiro District was curved out of the Greater Hoima District which lies in the Western part of Uganda. In this region, there are four main people groups (tribes): Banyoro, Bakiga, Banyankole and Batoro.

Farming is the main economic activity done here. The area has low literacy levels as farming for commercial purpose is prized. Roman Catholic is the main denomination and there are also a number of Pentecostal and independent churches. However, as one of the local pastors remarked,

The gospel in all of these churches in man-centered and not bible-centered. The people are hungry for the true gospel.

This mission was intended to strengthen two churches through discipleship seminars, leadership development trainings and evangelism. The gospel was preached from door to door, in the Open Air/Mass crusade and Jesus Film Show.

The team was composed of members from the Mobile Evangelism Team and volunteers from churches within Arua. The team travelled via Panyimur (a famous fishing center by the shores of Lake Albert) and slept there. An Anglican church in Uganda hosted us for the night and the team crossed the lake by ferry the next day. The ferry takes one hour to cross the lake; and there are only two schedules per day.

Timothy, a 16 year old Muslim, confessed faith in the Lord Jesus Christ at the well where he and others had come to fetch water. His friends on seeing him confess salvation decided also to get saved. This was amazing as Timothy’s friends knew that as a Muslim, he would not give his life to Christ.

But when they saw him do so they willingly decided for themselves to acknowledge the Lordship of Christ in their lives.

Pastor Magezi, the pastor from Divine Truth Baptist church in Karo Karungi, during the leadership training reported that as a church they had been fought and resisted by the other churches for teaching truth from the Bible. He, however, invited leaders from all the different denominations who have been opposing them and they came and attended the training.

He said this mission has helped to break the barrier between them the other denominations and it has helped them to hear truth with their own ears.